Inside the windmill, you can buy the following products:

Diane Spelbos, on the website of the ‘Historisch Platform’ (Historic Platform).

Wijk bij Duurstede can be proud. Because of the 350 year anniversary of the windmill’s existence, Fred Gaasbeek has written a very polished, abundantly illustrated and highly detailed book. From deep dives into the archive he has been able to extract and reconstruct the ups and downs of the windmill’s development, its owners and its millers.

Via a more general history of the town of Wjk bij Duurstede, one finds out that the town has a significant amount of windmills in the earlier days: ten, to be exact. The different types, such as the horse mill, flourmill, bark mill and windmill, are described in the first chapter. That the most famous of them all was only built much later, on the support of the Leutertoren and later Leuter Gate, how this mill got erected and what purposes it served, is all explained in the second chapter.

From the archives, it became clear that Anthony van Eyndhoven (1625-1683) got permission to build a bark mill on the gate quite easily. Or as Gaasbeek puts it: ‘it was a formality’ (p. 58) for the city council. Van Eyndhoven was a well-known and influential person in Wijk bij Duurstede, but his catholic background made a position in the city council impossible. His family had made a fortune in tanning leather, for which one needs bark. It didn’t go as easily as planned. The catastrophe year of 1672 and the consequences of the French occupation also hit Van Eyndhoven financially. Still, he managed to keep the mill going until the end of his life. Many owners and millers followed in his footsteps, to which chapter four is dedicated. If I wanted to make a remark, I would say that the chapter does include an awful lot of names and family histories.

The fifth chapter brings us to more recent history. This is also the chapter that explains the “misconception” in the subtitle. I put the word misconception in quotation marks on purpose, because it turns out to have been a conscious choice, to associate the mill Rijn en Lek with the painting by Jacob van Ruisdael. In 1928, the mill did not seem to have a bright future. At the initiative of Frits Thieme (1877-1953), a committee was founded to find investors. After many detours and in particular because of the statement by prominent art historian Cornelis Hofstede de Groot (1863-1930), that this was the windmill in the painting, enough money was raised to buy the mill. Many repairs and a large renovation followed. Because of this effort, windmill Rijn en Lek still graces the town in all its glory. In fact, another windmill in Wijk bij Duurstede was the subject for Van Ruisdael’s painting, but it is not yet clear which one.

The next chapter explains in detail how the windmill works, what part is where and which function the separate elements have. To conclude, Gaasbeek elaborates on the iconographic meaning of the mill. In the 17th century, landscape painting was a popular genre. A windmill added to the poetic atmosphere of many city- and town silhouettes. This was also the case for Wijk bij Duurstede. Besides van Ruisdael, many other well-known and lesser-known artists, then and now, have incorporated the windmill in their view of the town. In literature, the famous mill forms the décor for the novel ‘De laatste Ansman’ (1954) by Aart Romijn.

The windmill Rijn en Lek is, besides the castle, an icon of the town. After reading this fascinating book, we can no longer ignore that. A fun addition is that Gaasbeek explains a few expressions from the trade, as he goes along. For example, most millers turned out to be slightly dishonest and to ‘steal a little grain’ from the grain they were supposed to grind (‘een graantje mee pikken’ or ‘to steal a little grain’ means ‘to benefit from something’ in Dutch.) Also the expression ‘who comes first, grinds first’ – the Dutch equivalent of ‘first come, first serve’ – can be guessed in this context. Detailed but captivating till the very end, this is a great book for anyone interested in windmills or the history of Wijk bij Duurstede. 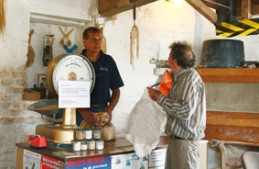 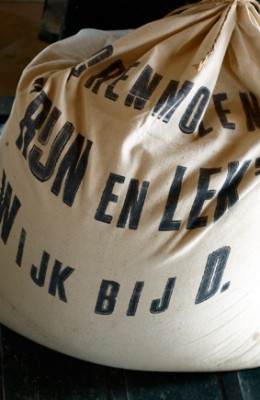 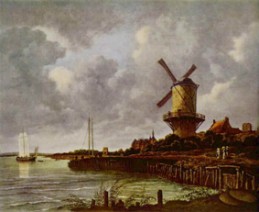 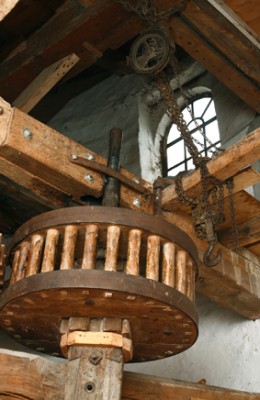